Carolina Quezada, MD is the Director of Clinical Education and practices Internal Medicine and Pediatrics for Family HealthCare Network in the Central Valley in California. She is the youngest of 8 children, born to migrant farm working parents. After graduating from medical school she returned to train at the place she was born, the place that once helped her family when they desperately needed medical care. Dr. Quezada completed her Internal Medicine + Pediatrics combined residency program at LAC+USC. After completing her residency she accepted a position with Family HealthCare Network providing primary care services in the Woodlake health center and also became involved with A.T. Still University School of Osteopathic Medicine in Arizona (ATSU SOMA) as a Regional Director of Medical Education. As Director of Clinical Education, Dr. Quezada oversees the clinical education programs for ATSU SOMA and ATSU Arizona School of Health Sciences Masters in Physician Assistant Studies at Family HealthCare Network. In her spare time, Dr. Quezada enjoys watching live theatre performances, watching her son’s sporting activities, baking cookies with her kids and creating photo albums of her family. 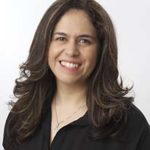 Carolina Quezada, MD
Peter Ureste, MD is an Assistant Clinical Professor in the Department of Psychiatry and Behavioral Sciences at the University of California, San Francisco since 2017. He provides inpatient psychiatric care to individuals with serious mental illness at Zuckerberg San Francisco General Hospital and provides clinical supervision to UCSF medical students and psychiatry residents. Dr. Ureste provides mentorship to premedical students, medical students across the country, and residents. As a medical student at University of Illinois at Chicago College of medicine, he served as LMSA treasurer 2008-2009, MS4 Co-Representative, LMSA Midwest Regional Community Affairs Vice President 2011-2012, and LMSA Liaison for NHMA Council of Residents 2012-2013. Dr. Ureste identifies as a gay first-generation college graduate and his interests include mentoring, medical education, and caring for underserved populations. 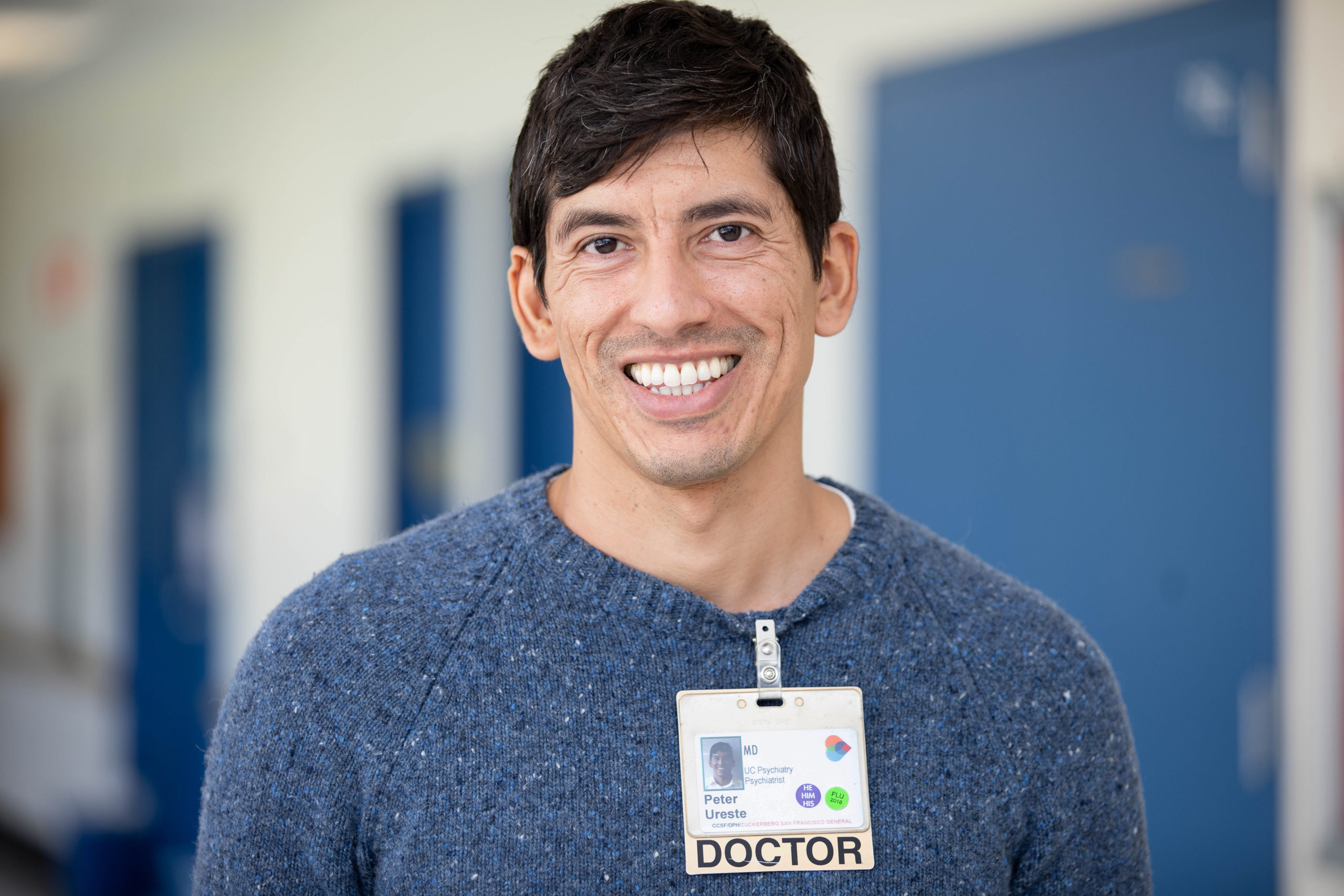 Peter Ureste, MD
Dr. Uriel Castañeda is a general pediatrician in the Phoenix area. He has been working at an urban community health center in a predominantly Latino community but will soon be transitioning to a new position on the Gila River Indian Reservation just south of Phoenix. He is passionate about mentoring the next generation of health care providers so that they are better prepared to address healthcare disparities. He is an Adjunct Clinical Instructor in Pediatrics with Mayo Clinic Alix School of Medicine- Arizona Campus. He obtained his medical degree from the University of Washington School of Medicine and completed his pediatrics residency training at Emory University School of Medicine. He was very active on the LMSA-West Board during his time in medical school and hopes he can contribute to the future of LMSA-West as an early career physician. 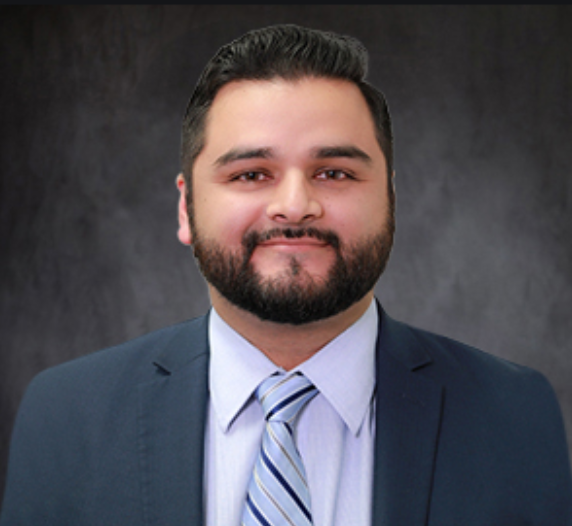 Uriel Castañeda, MD
Dr. Amanda Perez is currently a staff physician at the Emergency Medicine of the Kaiser Permanente Manteca Medical Center. Dr. Perez is an LMSA alumna from the Charles Drew University Chapter, where she served as Medical Student Representative. She also served on the Executive Board where she headed the Scholarship Program for the Western Region. Now as an ER physician, she continues to be active in her community and has not forgotten LMSA. She often mentors high school students to pursue higher education, and medical students to stay dedicated to their dreams of pursuing a career in medicine, especially emergency medicine. She also volunteers her time to health fairs and community outreach. Since 2008, she has continued to generously donate towards the Dr. Amanda Perez Scholarship for high school students interested in medicine. We are grateful for her dedication, contribution, and mentorship. 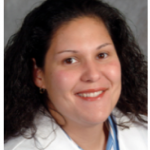 Amanda Perez, MD
Dr. Margarita Loeza is Family Physician working at Venice Family Clinic since 2001. She provides primary care to the under served patients and does adolescent medicine at a school based clinic at Santa Monica High School. She volunteers at Homeboy Industries doing laser tattoo removal clinic. She also precepts medical students and residents in clinic. For the past 3 years, Dr. Loeza has worked on implementing an electronic health record at multiple clinic sites. 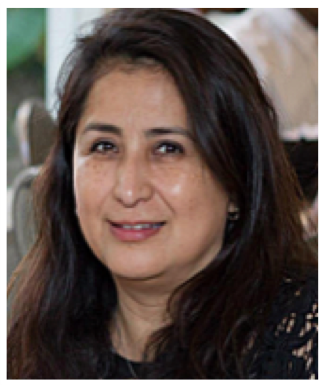 Margarita Loeza, MD
Dr. Daniel Cabrera is a board certified physician at Northwest Hospital and a UW assistant professor of General Internal Medicine. Dr. Cabrera earned his M.D. from the University of Wisconsin. He is a member of the Society of Hospital Medicine and the American College of Physicians. His clinical and research interests include medical education, high value care and pharmaceutical safety. Dr. Cabrera enjoys being able to provide high value and cost-effective care to patients from all walks of life. He prides himself on connecting with patients during their most vulnerable times. His research interests are in Medical Education, Equity, Diversity, and Inclusion, and Health Disparities. 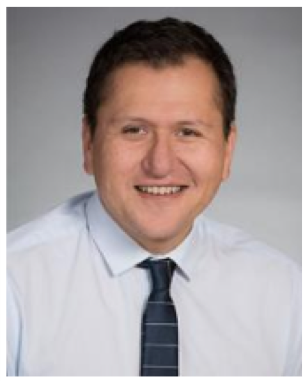 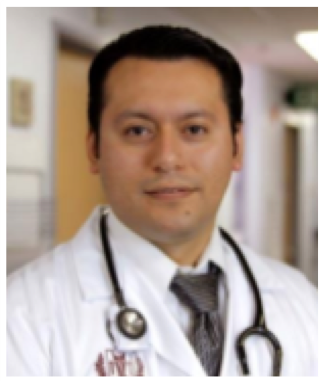 Don Portocarrero, DO
Dr. Amy Garcia is an associate professor of pediatrics and Assistant Dean for Undergraduate Medical Education student affairs at the OHSU School of Medicine. She has been with OHSU since 2012 and has served on the OHSU Faculty Senate, is a member of the Educators’ Collaborative, and holds teaching and educational leadership in the M.D. program. She served for four years as the Hormones and Digestion block co-director in the Foundations of Medicine phase of the OHSU YOUR M.D. curriculum and was recognized for Excellence in Teaching at the OHSU 2018 Honors and Awards ceremony. 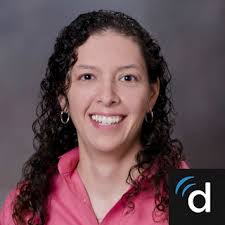 Amy Garcia, MD/MS
Dr. Lisa Montes is a partnered physician with the Southern California Kaiser Permanente, South Bay Group, in the department of Pediatrics, which she has been with since 2001. She was raised in Southern California with an arts background in ballet, jazz and modern dance. She always knew she wanted to be a pediatrician since early elementary school and always wanted to be a UCLA bruin. At Kaiser Permanente she is actively involved in The Reach Out and Read Literacy Program, the Hippocrates Circle Mentoring Program, the Diversity and Inclusion Council and Physician Faculty for the electronic medical record called Health Connect Essentials Seminar. At Kaiser Permanente School of Medicine she sits on the Equity, Inclusion and Diversity Counsel and is appointed Faculty Instructor since 10/1/2018. 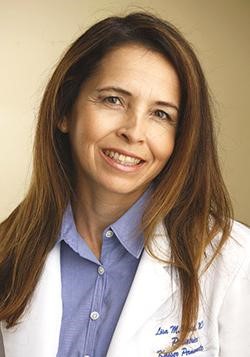 Past Advisory Board Members

Dr. Fernando Antelo is a surgical pathology fellow at Harbor-UCLA Medical Center in Torrance, California.  Upon graduating from Loyola High School of Los Angeles, Fernando attended the University of California, Berkeley, where he received a Bachelor of Arts in Sociology.  He obtained his MD at the University of California, Los Angeles in 2007 and completed his residency training in Pathology (AP/CP) at Harbor-UCLA in 2011. As a medical student, he served as a member of the LMSA Board of Directors as well as a volunteer in various health fairs and pre-medical conferences.  Currently, he is a member of the College of American Pathologists and American Society for Clinical Pathology. At Harbor-UCLA, he has successfully obtained over $145,000 for patient care and resident education through the Committee of Interns and Residents. In 2010, the American Society of Clinical Pathology selected him as one of the two resident recipients for their National Representative Leadership Award.  In addition, he has received grants from the College of American Pathologists Foundation and Intersociety Council for Pathology Information. As a pathologist training in an underserved community, he is interested in telepathology consulting and outreach to indigent and rural populations. He is excited to become part of the Advisory Board and to contribute to the success of LMSA.

Dr. Avalos is currently a faculty member in the Inpatient and Clinic, and Community Medicine at Kaiser Los Angeles Medical Center.  He earned his undergraduate degree in Molecular Biology at UC Berkeley where he was co-president of Chicanos/Latinos in Health Education (C.H.E.). He did his medical training at the David Geffen School of Medicine at UCLA where he was president of his class and co-president of the Family Medicine interest group.  Dr. Avalos completed his residency at the Kaiser Los Angeles Family Medicine Residency program where he was the Chair of the Hospital House Staff Committee and was recently awarded the American Academy of Family Physicians Award for Excellence in Graduate Medical Education. Within LMSA, he served as the Scholarship Chair and as the MSR for UCLA earning him the LMSA MSR of the Year award in 2004 and the Richard Juarez Commitment to the Community award in 2007.

Dr. Manetta is the current director for the UCI Office of Diversity and Community Engagement. Under this role he has initiated and assisted medical students in various projects including humanitarian aid to the community of Duroville, CA, developing a family medicine track program in undergraduate medical education and the UCI LMSA/SNMA Pre-Health Conference.  He has served as Senior Associate Dean of Educational Affairs from 1998-2008. Dr. Manetta has extensive administrative experience in the education of physicians and the clinical training of allied health and nursing professionals at the UC Irvine Medical Center. Dr. Manetta is also co-founder of UC Irvine’s Program in Medical Education for the Latino Community (PRIME-LC program). This program is a national model for training highly qualified, culturally sensitive and linguistically competent Latino physician-leaders

Dr. San Bartolome is currently working as a family physician at Ventana Health in Pismo Beach, CA. He has also recently founded the Prezone Inc.  A Non-Profit California domestic corporation with a mission to promote social responsibility among pre‐professional students and professional in fields such as medicine, nursing, law, basic science research, business, dentistry, and pharmacy among others.  He graduated from UCi SOM in 2003. During his time as a medical student he help create Clinica Cariño ( a prequel to the current UCI Free Health Clinic) and the LMSA/SNMA Pre-Health Conference.

Dr. Richard Zapanta is an alumna of USC Keck School of Medicine.  He is currently a practicing Orthopedic Surgeon in the Whittier area.  He is a leader among Latino physicians and is a generous supporter of Latino students at USC and in the LA area.  He is a founding member of the Mexican-American Alumni Association Scholarship Program, a collector of Mexican/Latin American Art and strong support of East Los Angeles College.   He has a strong relationship with LMSA at USC and has been influential in providing Latino physician mentors to students.